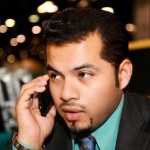 (Boston, MA – August 22, 2014) – The just-announced $17 billion settlement between Bank of America and the Justice Department while providing some homeowner benefits, takes more than half the amount ($10 Billion) with no benefit to the impacted homeowners and destabilized communities. The $7 Billion in homeowner relief is better than in previous settlements. It will provide some relief to homeowners with principal reductions, communities with programs addressing blight, and homebuyers with innovation purchase programs that generate wealth for low and moderate income homebuyers.

The government’s programs for homeowner relief and deterrence has been ineffective. These programs and settlements have failed to assist millions of homeowner’s who lost their homes. In addition, Eric Holder’s policy of “Collateral Consequences” has resulted in the lack of direct personal punishment for the executives who caused direct personal pain and losses to the impacted homeowners and communities. “Every dollar of the settlements must be dedicated to the homeowners and communities,” states Bruce Marks NACA CEO. “It is outrageous and insulting to impacted homeowners and communities that that their loss was used to fund the Federal Treasury. Also, the basic American premise of personal accountability has been disregard with Eric Holder’s premise that prosecuting the corporate executives and lenders responsible for the mortgage crisis would cause “Collateral Consequences” impacting the financial sector.”

The devil in these settlements is the government since they haven’t helped millions homeowners. In many ways this is an old-fashioned bank holdup. If the government is going to hold on to the loot from the banks, they should at least use the money to help the Americans whose payments toward predatory loans were the source of the loot to begin with.

About NACA (www.naca.com):
NACA, Neighborhood Assistance Corporation of America is one of the largest HUD certified counseling agency with more than two million members. NACA is the largest and most effective organization in modifying mortgages and provides the best mortgage in the country. NACA has been highlighted in the national news and its CEO Bruce Marks was named Bostonian of the Year for 2007 because of his work in getting the major lenders and servicers to modify home loans for borrowers who come through NACA. See Bostonian of the Year. He has also testified in congress on numerous occasions including on September 12, 2000, being one of the only people to sound the alarm of the pending mortgage crisis. For more information go to www.naca.com.

• Led groups of thousands in protest of banks’ predatory lending practices.
• Created the first-ever housing trust fund causing changes to the Taft-Hartley Act.
• Created the unique “America’s Best Mortgage” program, providing fixed below market rate mortgages to low and middle income borrowers with no down payment and no closing costs.
• Conducted more than 150 “American Dream” events that have brought about mortgage modifications to more than 250,000 homeowners across the country.
• Carved out legally binding agreements with all the major lenders to provide mortgage modifications for struggling homeowners.
Media Links:
CNN: One man’s fight against Foreclosures
New York Times: The Homebuyer’s Champion

Mr. Marks is available for interviews and live commentary either in person, by phone or video link.